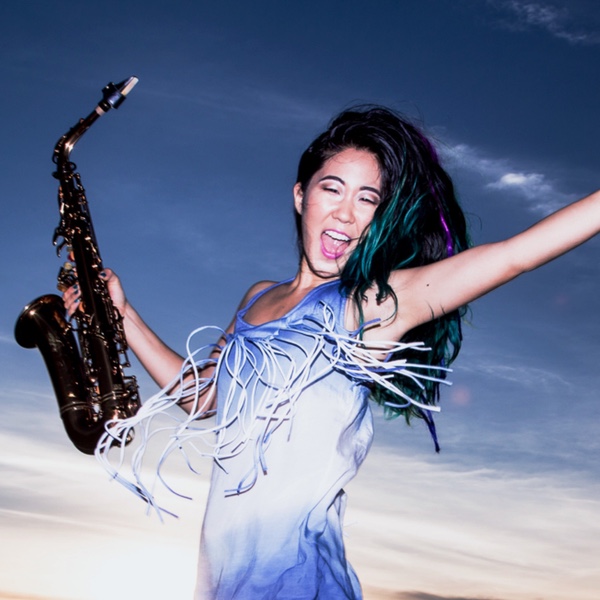 This singer-saxophonist's infectious positivity and charismatic stage presence brings out the smiles. With 13 albums, recordings with Wynton Marsalis and Dave Brubeck, and performances at Barack Obama's inauguration and Montreux Jazz Festival, she's a legend in the making.

...broad tone and tenacious flow on the alto saxophone, clearly in possession of virtuoso talents... impressive singing voice, flitting among a range of styles. 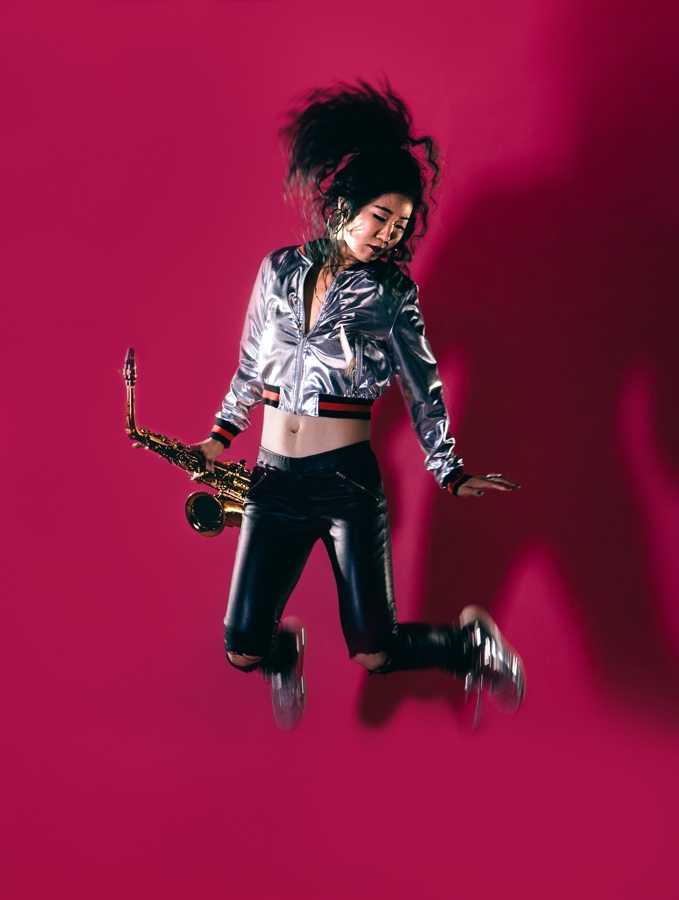 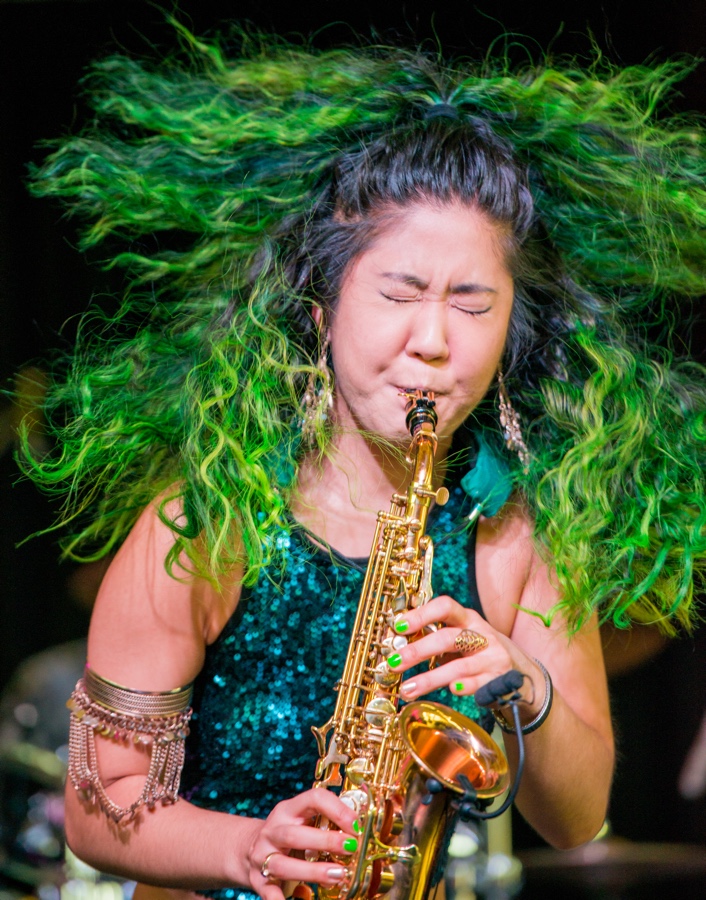 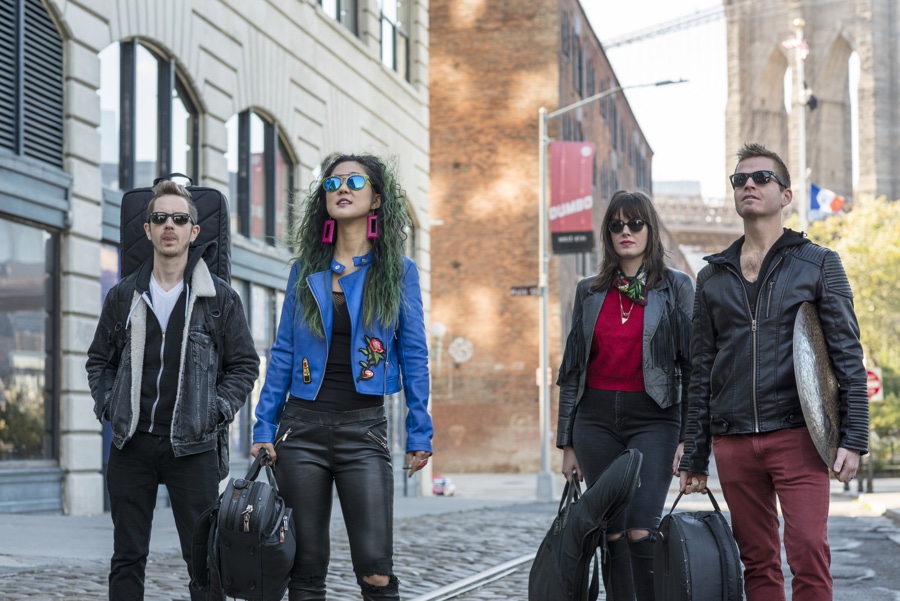 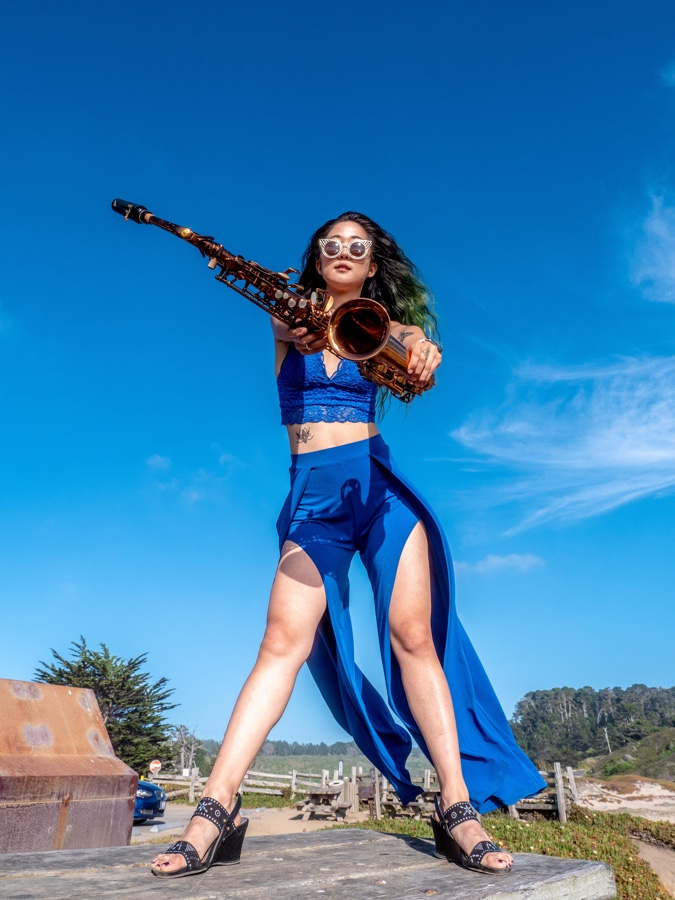 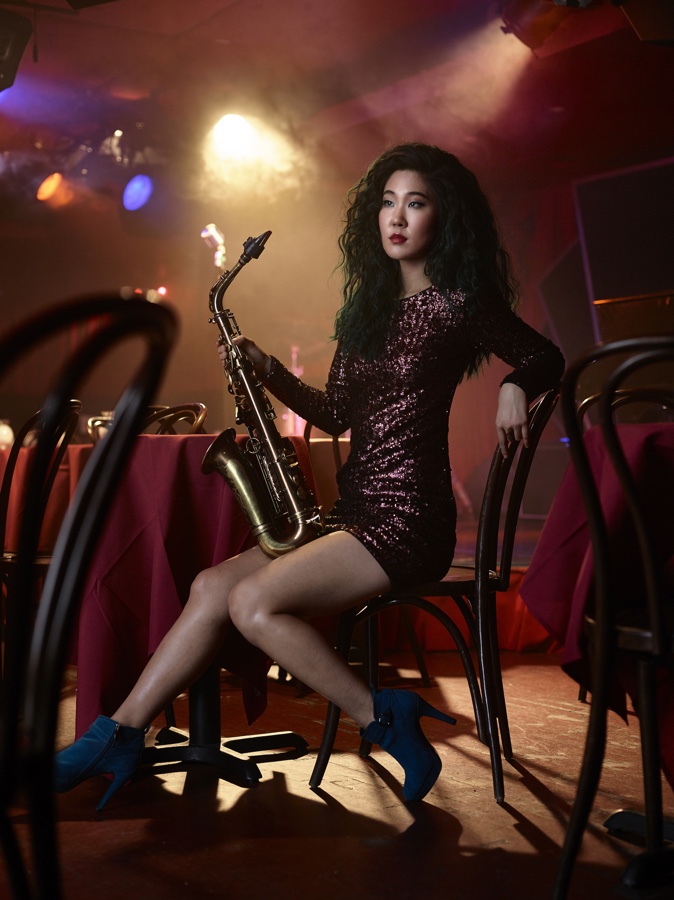 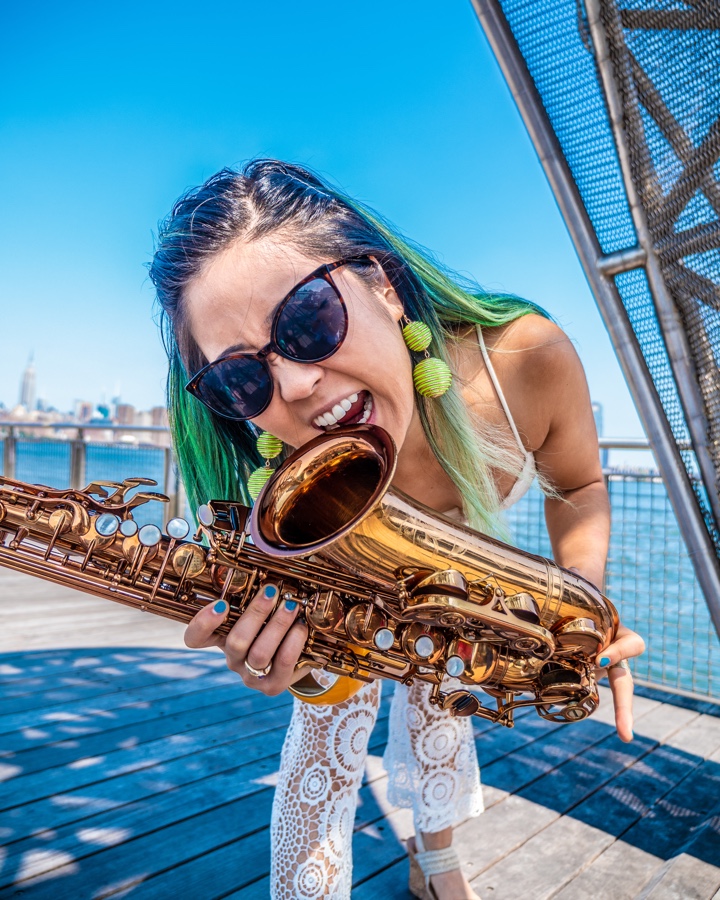 An unequivocal musical prodigy, singer-saxophonist-songwriter-composer and band leader Grace Kelly has rocked the jazz world with sold-out concerts, 13 acclaimed albums and a resume that includes performing at the Hollywood Bowl and as part of the house band for “The Late Show with Stephen Colbert” – all before reaching her mid-twenties.

Kelly’s early career featured performances at Barack Obama’s 2009 inauguration at age 16 and at 14 as a soloist with the Boston Pops playing an original composition arranged for the legendary orchestra; she has since then played over 900 shows as bandleader in 35 countries at venues like the Kennedy Center and Moscow Symphony Hall and for the Montreal, Newport, and Montreux international jazz festivals. Touted for her scorching saxophone stylings and purring vocals, Kelly has performed and recorded with renowned artists including Lin Manuel- Miranda, Dave Brubeck, Phil Woods, Huey Lewis, Harry Connick Jr., Gloria Estefan, Questlove, and Wynton Marsalis.

Kelly was named the winner of “Song of the Year” for her single “Feels Like Home” in the 2018 John Lennon Songwriting Contest, and has been named nine times consecutively in the Annual Downbeat Magazines Critics Poll “Rising Star Alto Saxophone” from the age of 17 in 2009 and winning the poll in 2017 (Youngest ever named to Downbeat critics poll in 2009.) She has also won multiple ASCAP Composer Awards, Boston Music Awards, International Songwriting Awards. She has also appeared as a featured performer in films and television, including acclaimed documentary “Sound of Redemption: The Frank Morgan Story”, Amazon’s Emmy-nominated original series “Bosch”, and featured in the 2017 Emmy-winning Yamaha production “The Right Note”

Featured by Vanity Fair as a millennial shaking up the jazz world, Kelly’s state-of-the-art brand of electro jazz-pop and inventive digital content are pushing her to the forefront of the fusion scene, alongside names like Snarky Puppy, Jacob Collier, Cory Henry, Robert Glasper, Jon Batiste, and Too Many Zooz.

“The GO TiME: Brooklyn album was a turning point in my career as a performer who loves connecting with audiences,” Kelly says. “Because we were able to use technology to capture the visual aspect and live energy of the show in a new way, I could really bring my whole dancing, furry-pink-boa-wearing self to the project - and the response was incredible. After over a decade of performing internationally and releasing albums, I’ve found that I grow so much as an artist when I focus on helping my fans feel the same exhilaration and joy that I do when I perform for them.”

Kelly’s live performance is offering a unique musical journey and contagious exuberance on stage and will captivate audiences as she performs new songs from this new album GO TiME: Live in LA: her 13th CD and the third video album in the GO TiME series. The new release continues her innovative video album concept for fans by incorporating special guests and adding her own inventive dance moves while playing. Performing her fresh, playful musical stylings with great panache, Grace’s infectious positivity and charismatic stage presence brings a smile to everyone.

Aside from thrilling audiences in concert, Kelly’s stardom reaches the acclaim of her audiences online. The millennial artist has developed a new paradigm to exhibit her remarkable talent and unparalleled showmanship with the masses, curating an immersive user experience for her fans across multiple social media platforms. Kelly’s dedication to posting engaging content and offering insight into her daily life has deepened her brand, bringing thousands upon thousands of eager fans into her world and gaining millions of views online, allowing the artist to bridge the gap between virtuosic musician and cultural phenomenon.